The 2012 Money Race: Compare the Candidates

"The 2012 Money Race" is a tally of the money raised and spent through September by the presidential candidates, the national party committees and the primary “super PACs” whose sole purpose is to support a candidate. Contribution and spending totals do not include money raised or held by each candidate’s “victory fund,” a joint fund-raising committee that will distribute funds to the campaigns and party committees. The visualization is composed of charts and tables with the information about the money raised and spent, enabling the user to compare Democrats and Republicans. 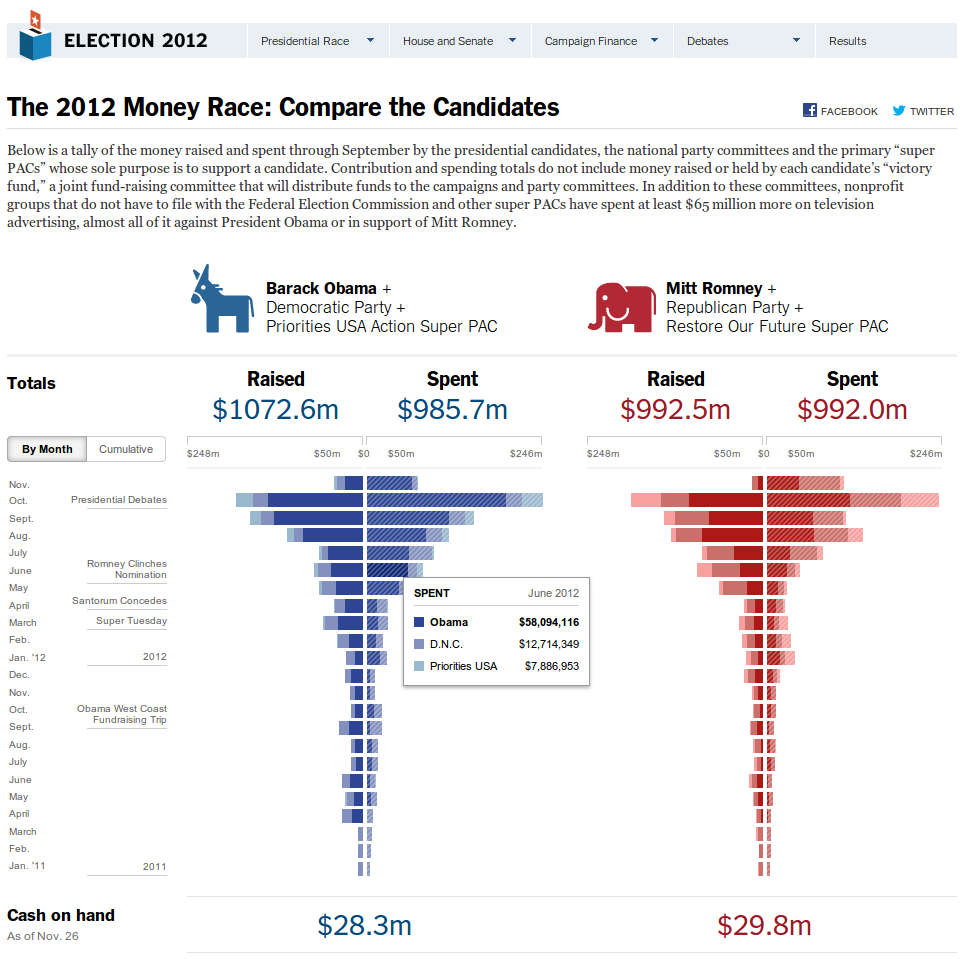