This visualization served as live coverage and detailed results of the New York City primaries, including those for mayor, comptroller and City Council. It is composed of a map where the user can hover the city to find out the percentages of votes each candidate received in each election district of find his/her area by zip or address. The user can also filter for white, hispanic, black, asian areas or areas where at least a determined percentage own homes or areas with at least a determined average income. 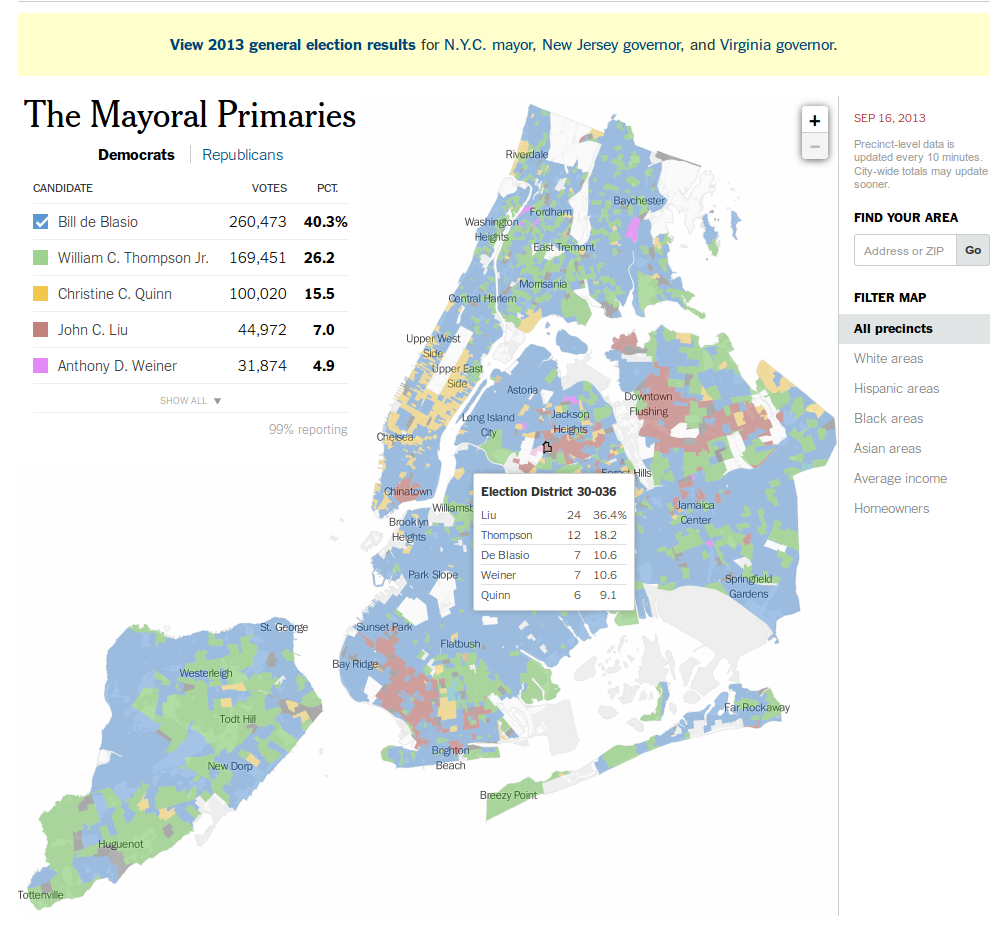