What Is the Higgs?

When two theoretical physicists who suggested that an invisible ocean of energy suffusing space is responsible for the mass and diversity of the particles in the universe won the Nobel Prize in Physics the The New York Times released a visualization to explain exactly what is the Higgs Boson, the God particle. The visualization attempts to visualize this complex concept through metaphors and to explain the long search that physicists went through, the accelerators that have been built, the processes that led to the discovery. 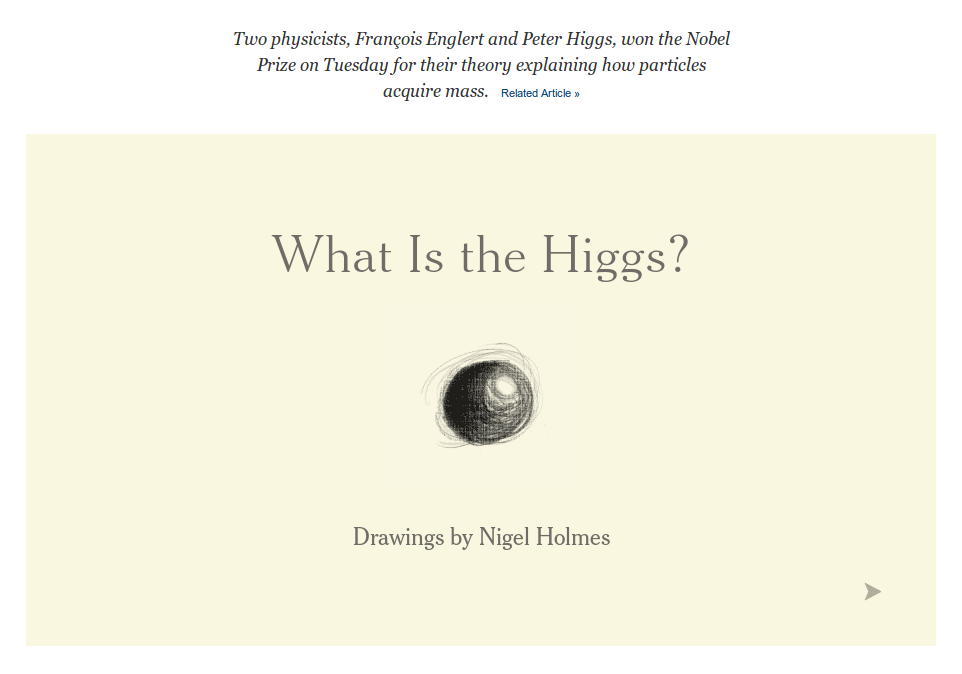