Most American media has done, since the beginning, an extensive coverage of the wars in Afghanistan and Iraq. With the immense amount of data that they were able to gather about both wars CNN and Stamen Design have launched "Home and Away: Iraq and Afghanistan War Casualties", an aesthetically-pleasing interactive data visualization that enables viewers to track each trooper's birth places against a map with the location where they died in Afghanistan or Iraq. The visualization allows the audience to learn about soldiers not only from the U.S but also from other countries. 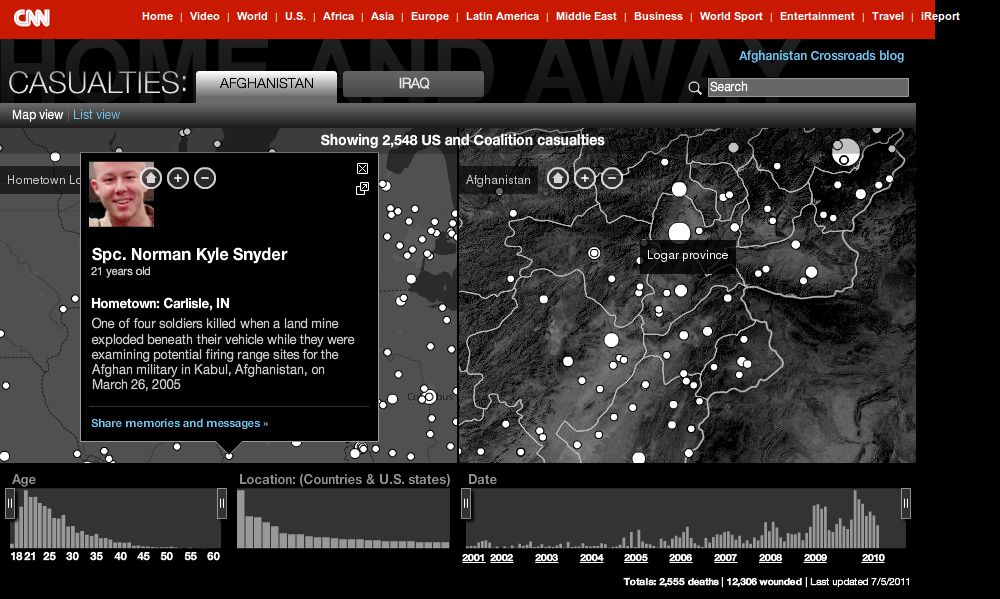