Rafael Nadal’s forehand is a rare combination of speed and tremendous topspin, making it one of the most lethal weapons in tennis. The New York Times created a video visualization that allows users to better understand the secrets of his success. It includes information about angles, racket paths, wrist movement, average and highest topspin, etc. It also allows the user to compare some of the data with the data of other players such as Federer and Sampras. 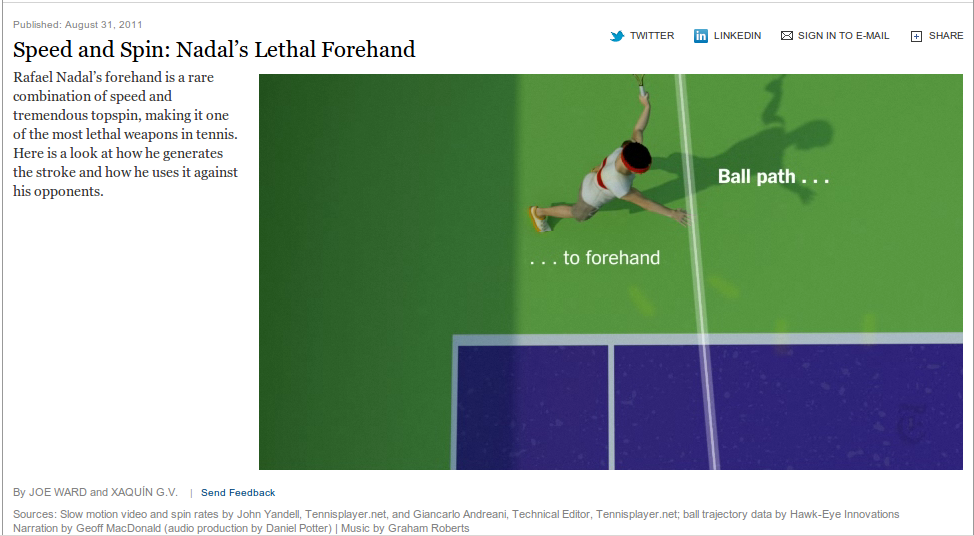