On the 28th anniversary of Black Monday, Bloomberg released a trading simulation where every player starts with $500, which are fully invested in the given stock every time the user clicks (press the click button to hold and release to sell). The stock market is complex and hard to understand, but Bloomberg's game not only allows users to understand it better with continuous play, but allowed the creators of the game to draw conclusions through the observation of users behaviour. 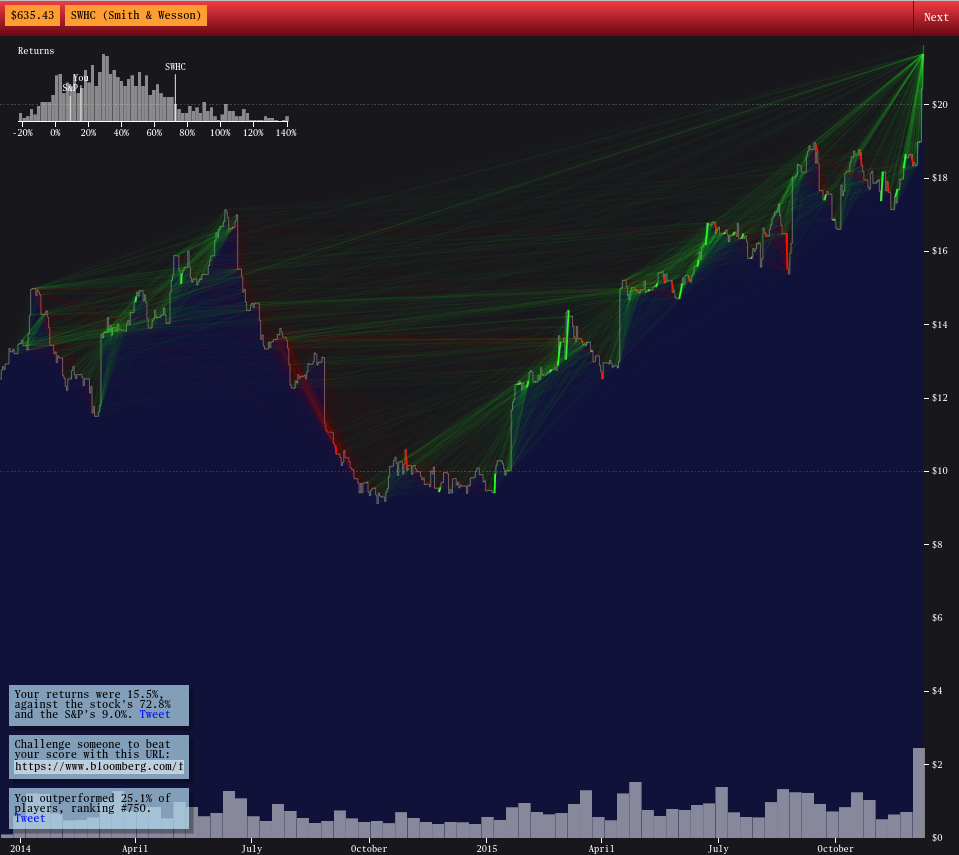