The World of Seven Billion

The World of Seven Billion is a visualization by National Geographic about where and how the world's population lives. It is composed of a map that shows population density (the brightest points are the highest densities and each country is colored according to its average annual gross national income per capita) and extra information such as live expectancy, literacy and fertility rate, etc. 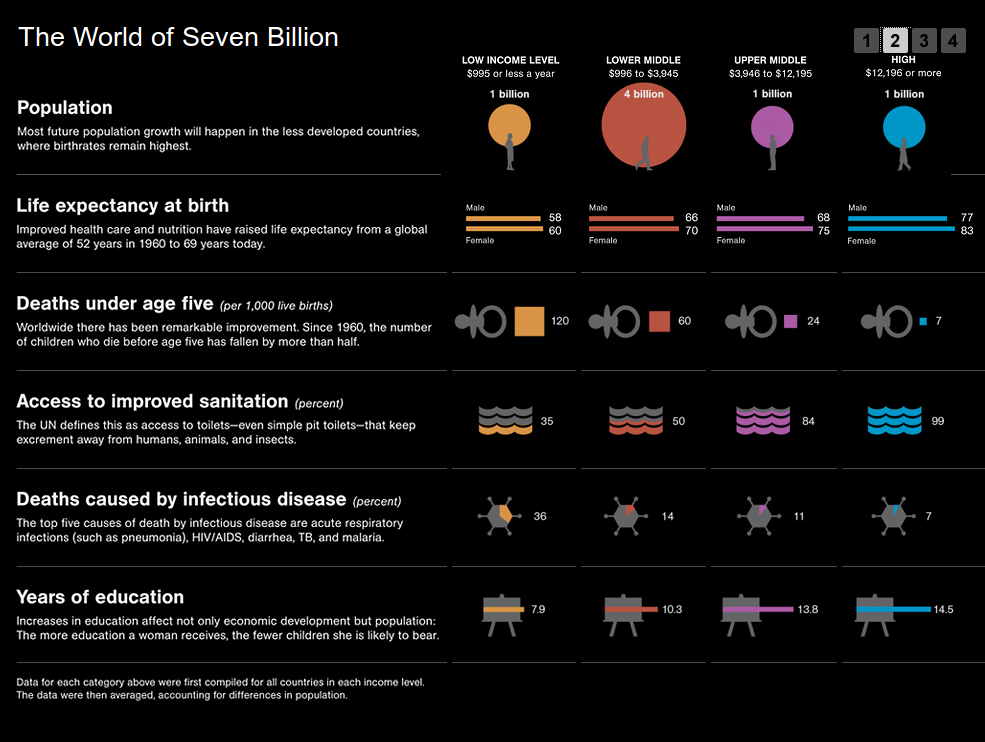