Inspired by a series of conversations between the Dalai Lama and Paul Ekman about the science of emotions, Stamen Design built a visualization that shows a series of characteristics of emotions and its variation around the world. The intention was to translate complex scientific concepts and data into easily understandable visuals and maps. 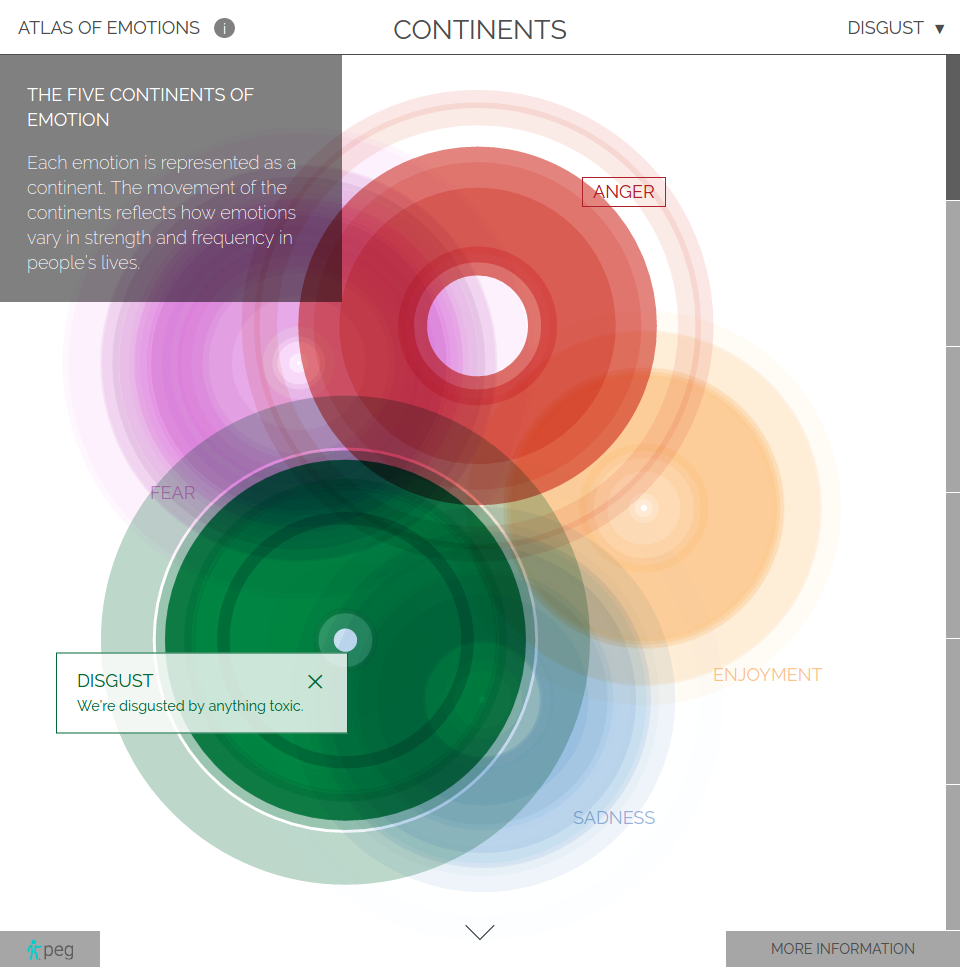