Where We Came From and Where We Went, State by State

This visualization shows how people moved state to state, over the past century. The areas (which represent the states) are represented as ribbons which not only makes it more easy for the user to follow the changes over time and gives a sense of flow, but also doesn't restrict each layer to the original ranking as it happens with traditional area charts. 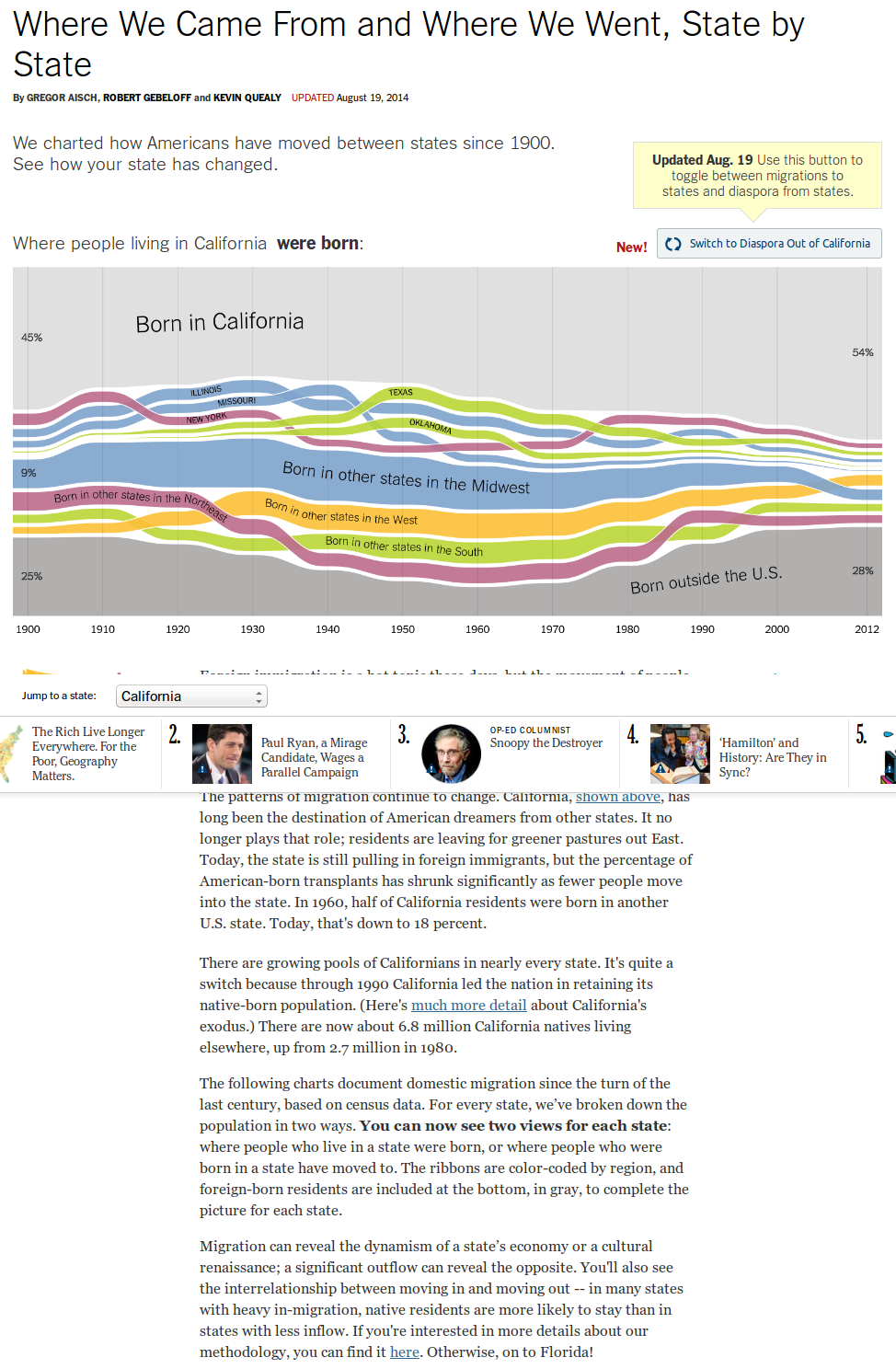