Death Penalty in the US Mapped

"Death Penalty in the US Mapped" is a visualization by The Guardian that allows readers to see which states have carried out the death penalty most often and which have proportionately the most executions. It is possible tp click on a state to explore it and to choose on the dropdown menu to see the executions since 1976, in 2011, which state has more inmates on death row (in January 2011), which have more death row inmates per million pop, the number of executions per million pop since 1976 in each state, and the total number of executions from 1608 to 2011 for each state. 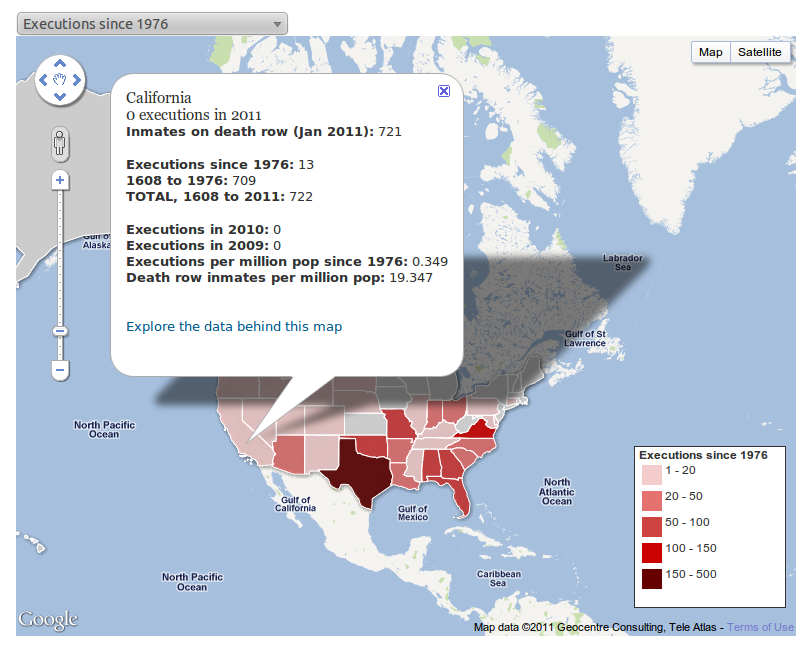