This visualization by The New York Times consists of a model of the Hubble Space Telescope and a detailed report about the repairments that were going to be done to it. The visualization contains animations of which parts were going to be replaced and the improvements that a team of austronauts that was going to leave on May 11 2009, on board of the shuttle Atlantis, was going to do to it. 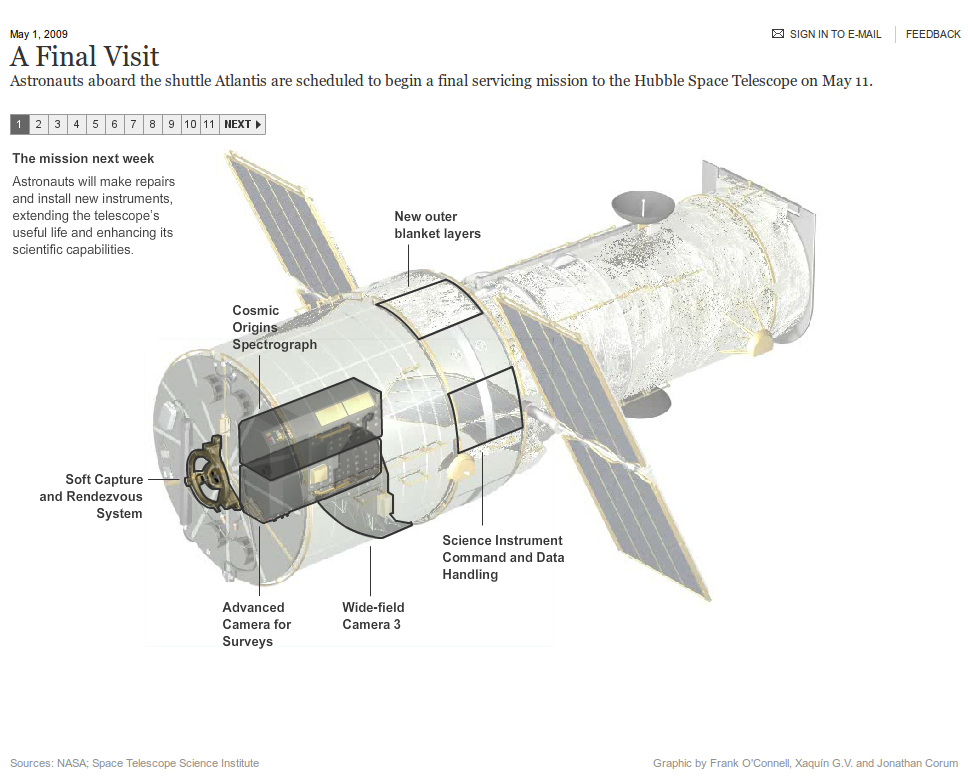