From ‘dead broke’ to multimillionaires

Bill and Hillary Clinton left the White House in January 2001 with massive debts. Their family was “dead broke,” Hillary said recently. Starting two weeks after his last day as president, Bill began giving paid speeches — a career that has generated extraordinary wealth. A Washington Post review of the Clintons’ federal financial disclosures has found that Bill was paid $104.9 million for delivering 542 speeches around the world between January 2001 and January 2013. The visualization shows how much he got paid for each speech. 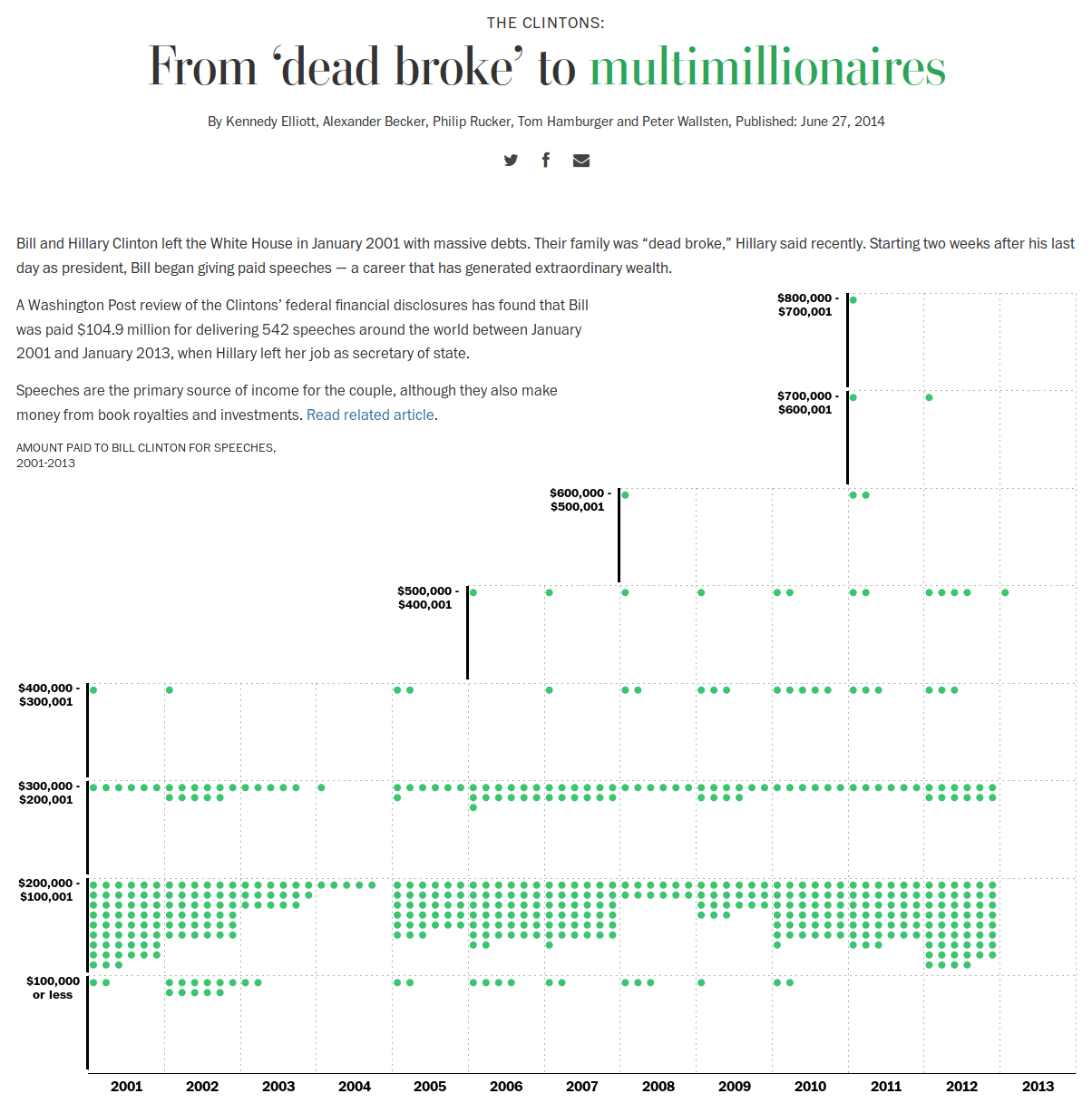