Agreement among the Supreme Court justices

The Supreme Court's 2012-2013 term made history by striking down key elements of the Voting Rights Act and the Defense of Marriage Act, both in 5 to 4 decisions. The percentage of 5-to-4 split cases this session was the court's highest since 2008, with Justice Anthony M. Kennedy most frequently voting with the majority. In the three major cases that ended the court’s term Kennedy was the only justice in the majority each time. This visualization shows the percentage of time justices agreed with each other, in part or in full. 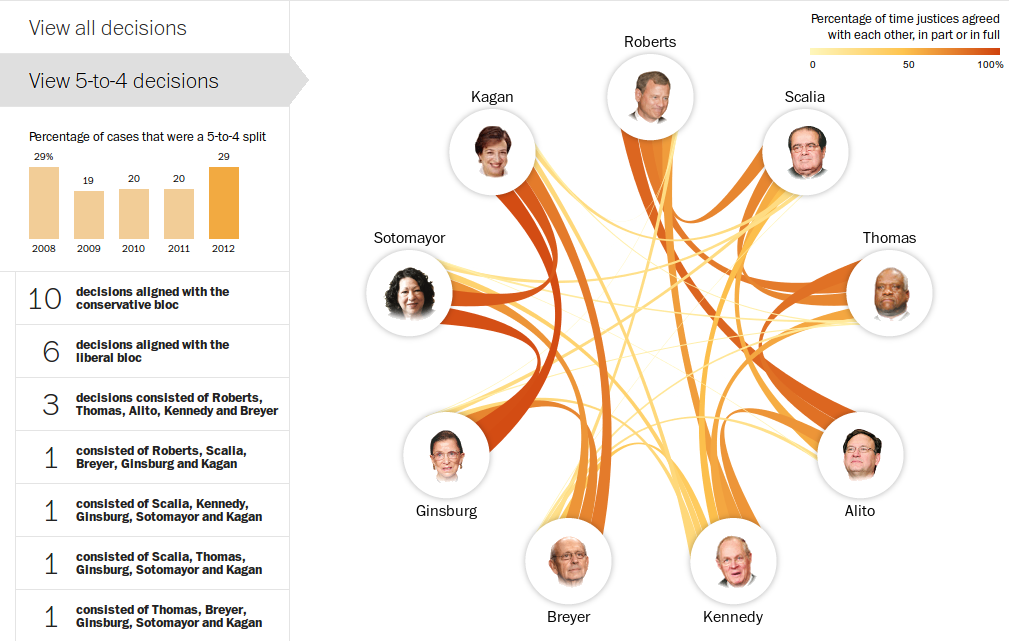