Brazil is the leading exporter of players to Europe. Based on data from the CIES Football Observatory, Público assembled a visualization in which the user can analyze the presence of Brazilian footballers in ten major European leagues: England, Spain, Germany, Italy, France, Portugal, Turkey, Netherlands, Greece and Russia. The user can also view information about the players' ages, positions in which they play, and countries. 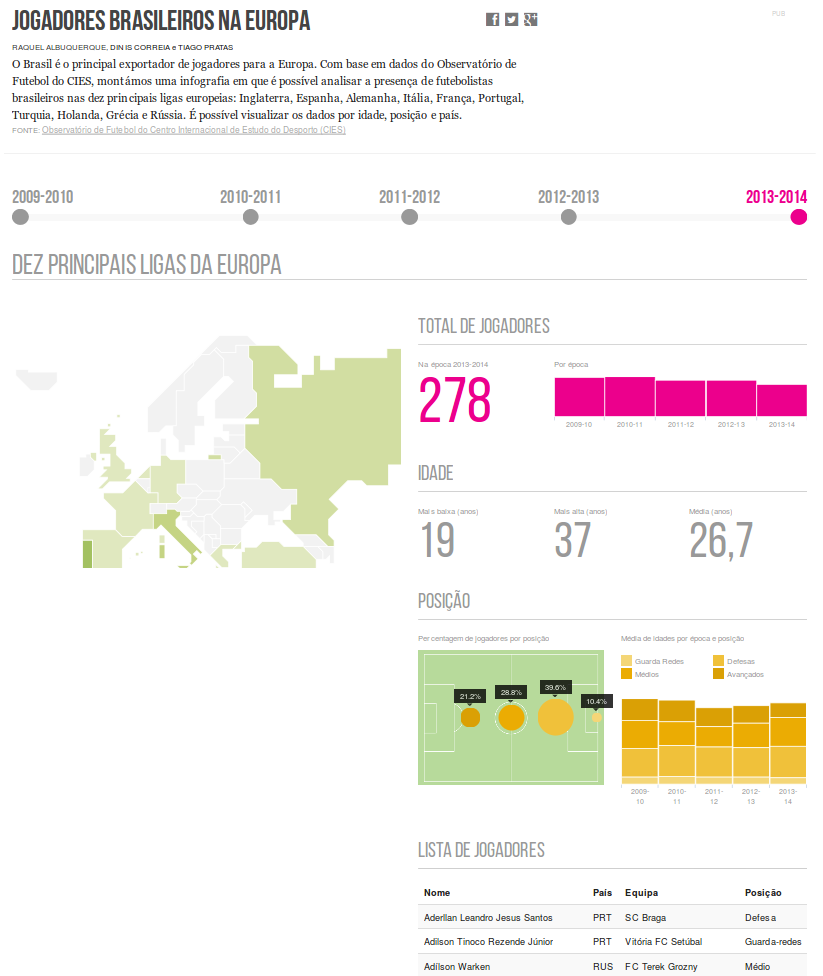