The Clubs That Connect the World Cup

The best national teams come together every four years, but the global tournament is mostly a remix of the professional leagues that are in season most of the time. Three out of every four World Cup players play in Europe, and the top clubs like Barcelona, Bayern Munich and Manchester United have players from one end of the globe to the other. In this visualization The New York Times explored how the soccer clubs that play all year connect the national teams in this year's World Cup. 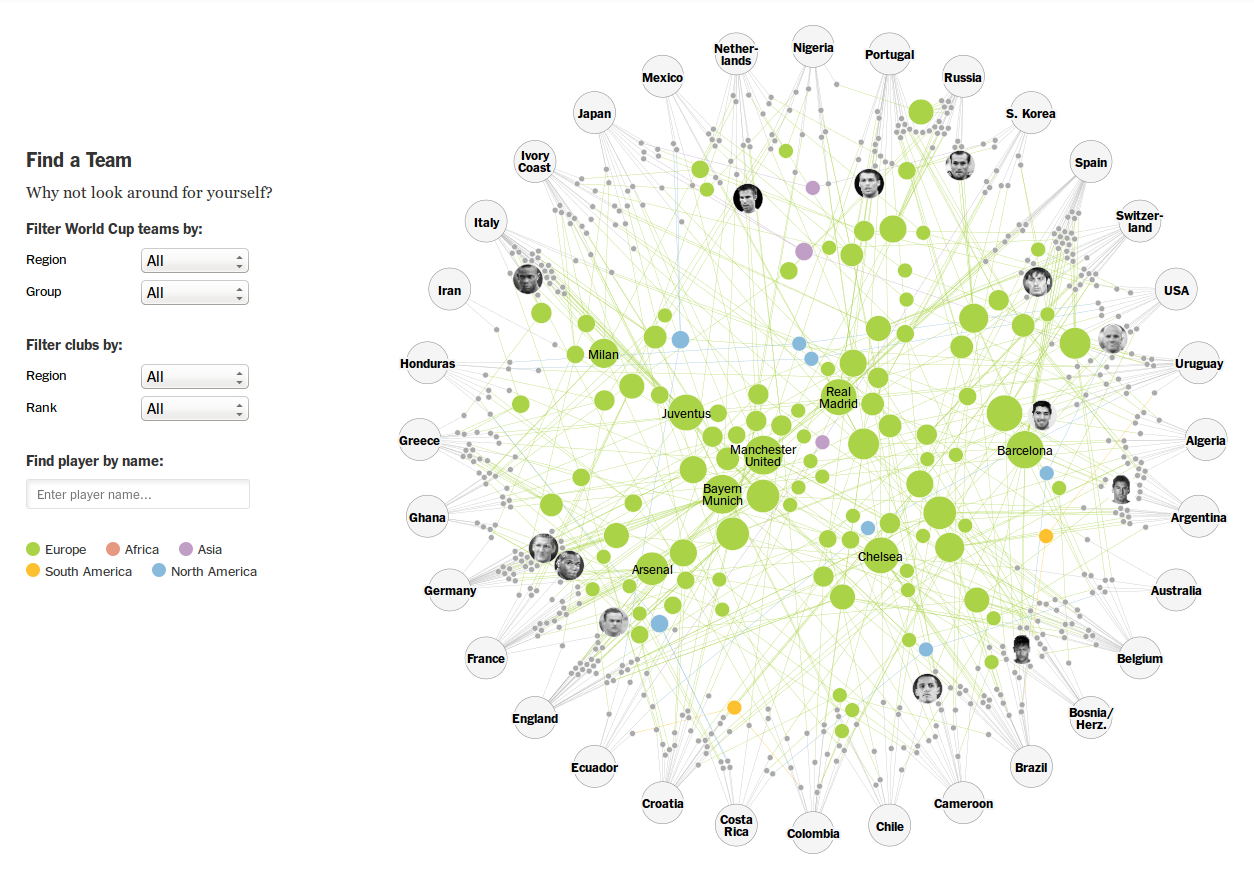