In 2012, when the Office for National Statistics released the new census data, BCC released a visualization to enable their users to understand the avalanche of facts and figures being published. BCC chose several of the more striking aspects of the census to visualise, such as the steep fall in the number of people defining themselves as Christian, the fall in the percentage of people owning their own home, and the change in the number of people in England and Wales who were born abroad. 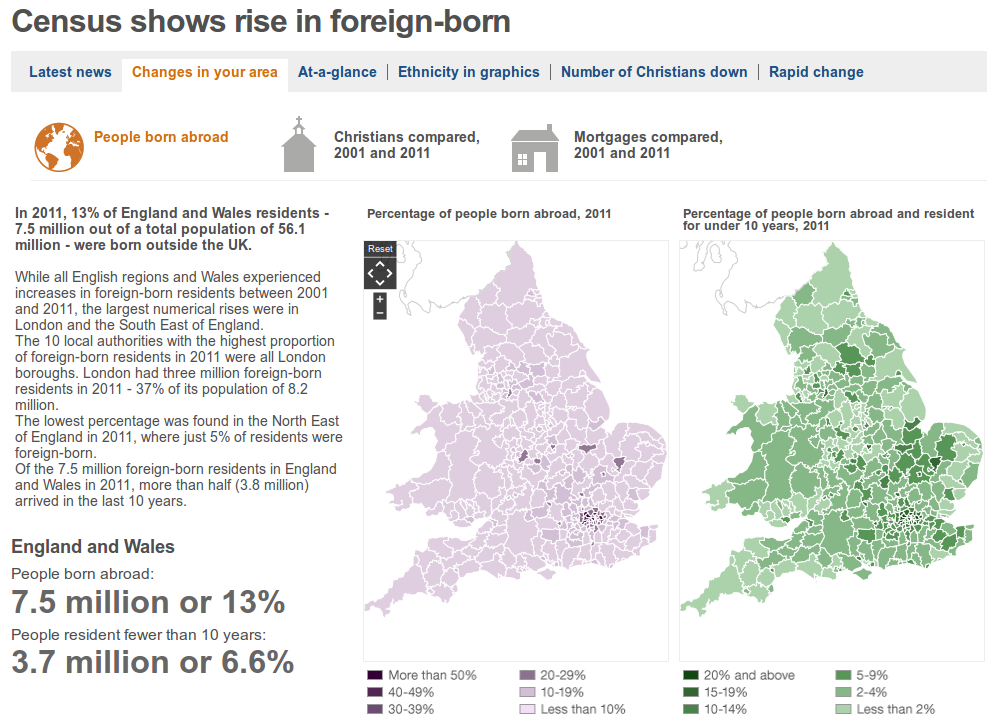