Housing Segregation: The Great Migration and Beyond

At the beginning of the 20th century until around 1960, African Americans left the rural south and migrated to the cities in the north. Both public policy and private action segregated the black newcomers into neighborhoods that were almost exclusively black. As part of ProPublica's series “Living Apart”, they created "Housing Segration" a visualization that shows the great migration and the segregated black communities. On mouse hover the user can see how the segregation formed during the Great Migration and click on the city maps to see how segregation has remained firmly in some cities. 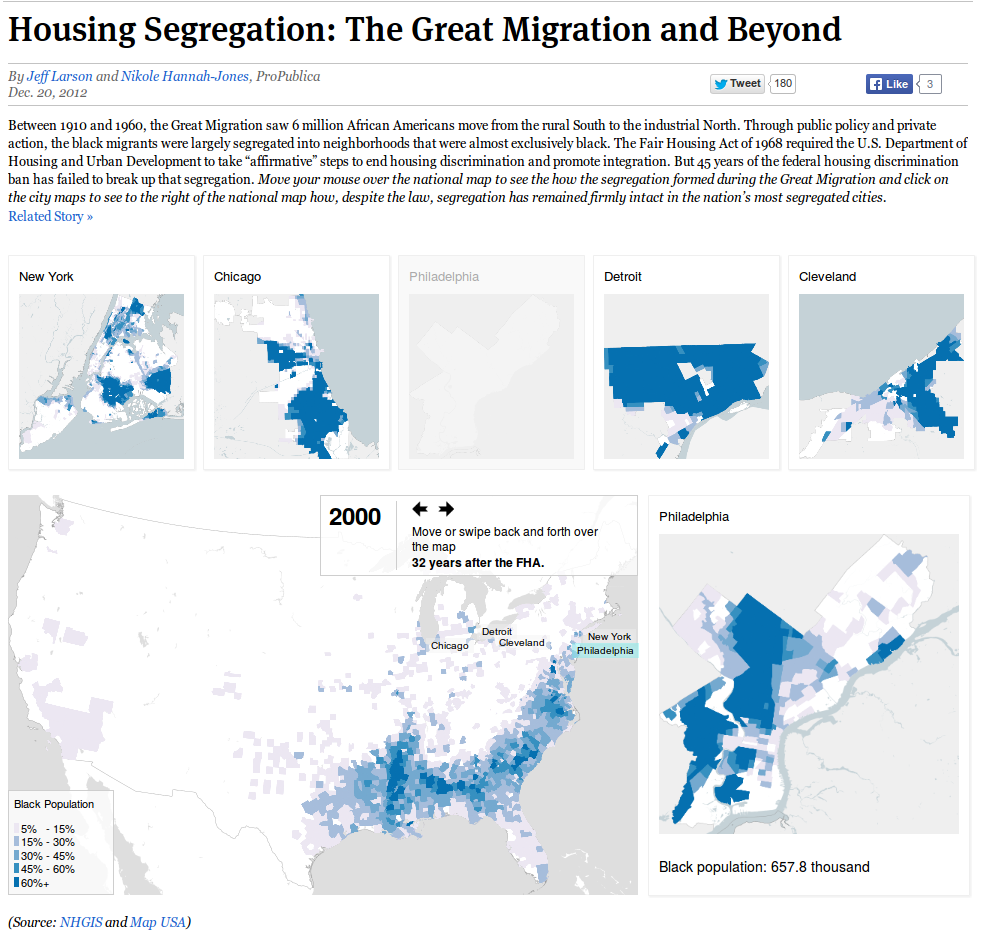