"Behind the Bloodshed: The Untold Story of America’s Mass Killings" is an interactive goes into the untold stories of America's mass killings. Since 2006, there have been more than 200 mass killings in the United States. Well-known images from Newtown, Aurora and Virginia Tech capture the nation’s attention, but similar bloody scenes happen with alarming frequency and much less scrutiny. USA TODAY examined FBI data -- which defines a mass killing as four or more victims -- as well as local police records and media reports to understand mass killings in America. 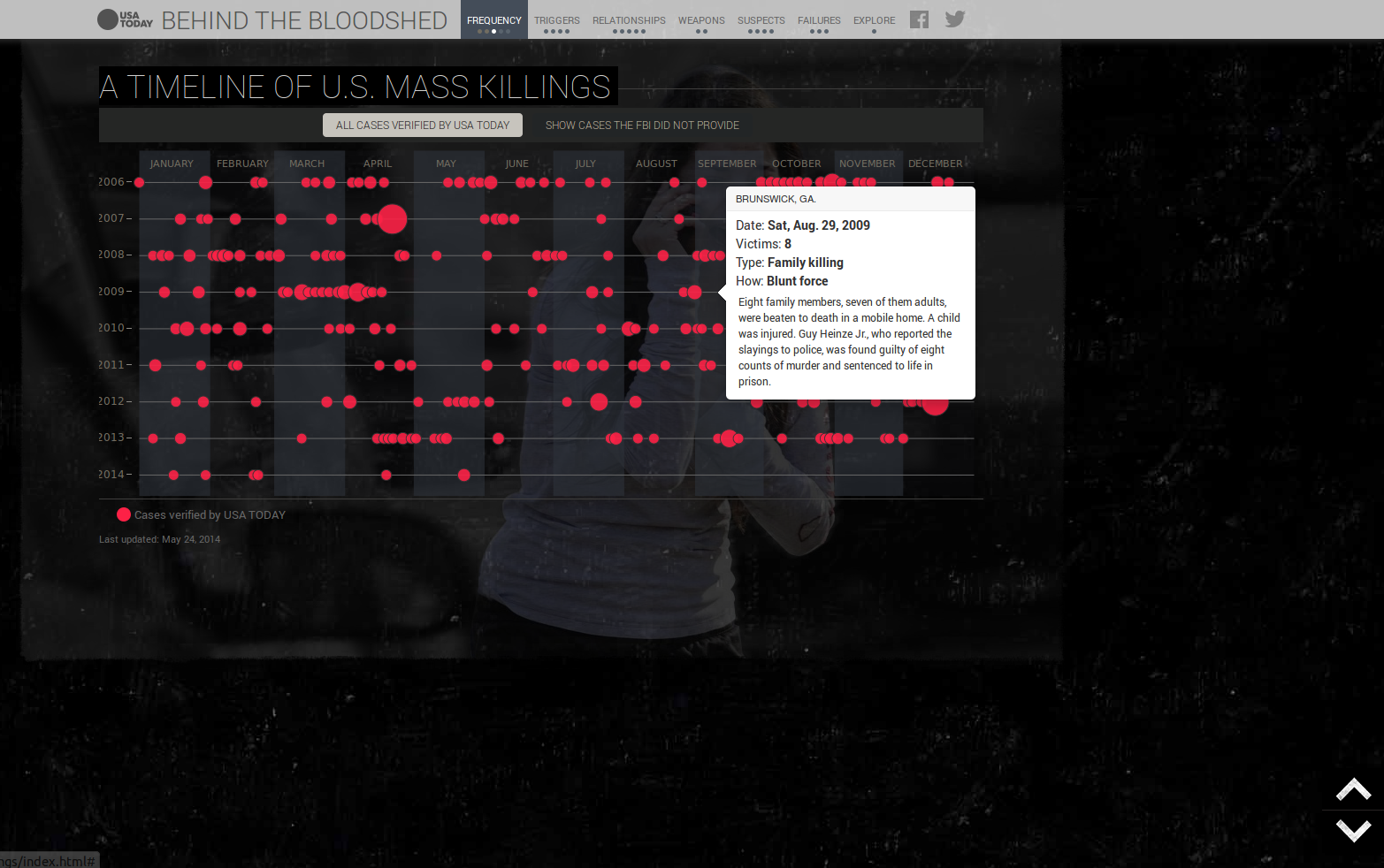