The BBC wanted to understand the differences between the modern British class system and the traditional one. More than 161,000 people took part in an online survey that measured economic capital - income, savings, house value; social capital - the number and status of people someone knows; and cultural capital - the extent and nature of cultural interests and activities. The data was analysed and seven new class groups were created, ranging from the wealthy, highbrow Elite to “Precarious proletariat”. The calculator allows the users to find out which of the new groups they belong in. 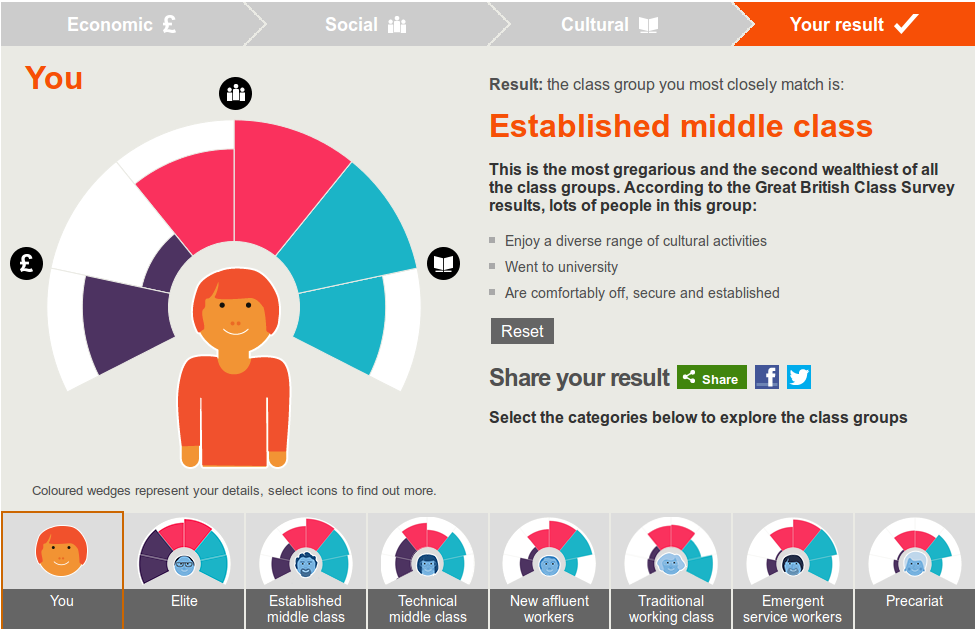