This map shows the election results for each polling station. The visualization allows the user to search for a particular polling station and to check which polling stations were the top ten strongholds for each party. It also allows filtering by where votes were unpredictable, where a few votes decided the winner, where the small parties were the favorites, where are the most long-term unemployed people, where kindergartens are needed, where are loyal voters, where the participation was higher and where it was lower, which were the stations with more immigrants, and where the elderly live. 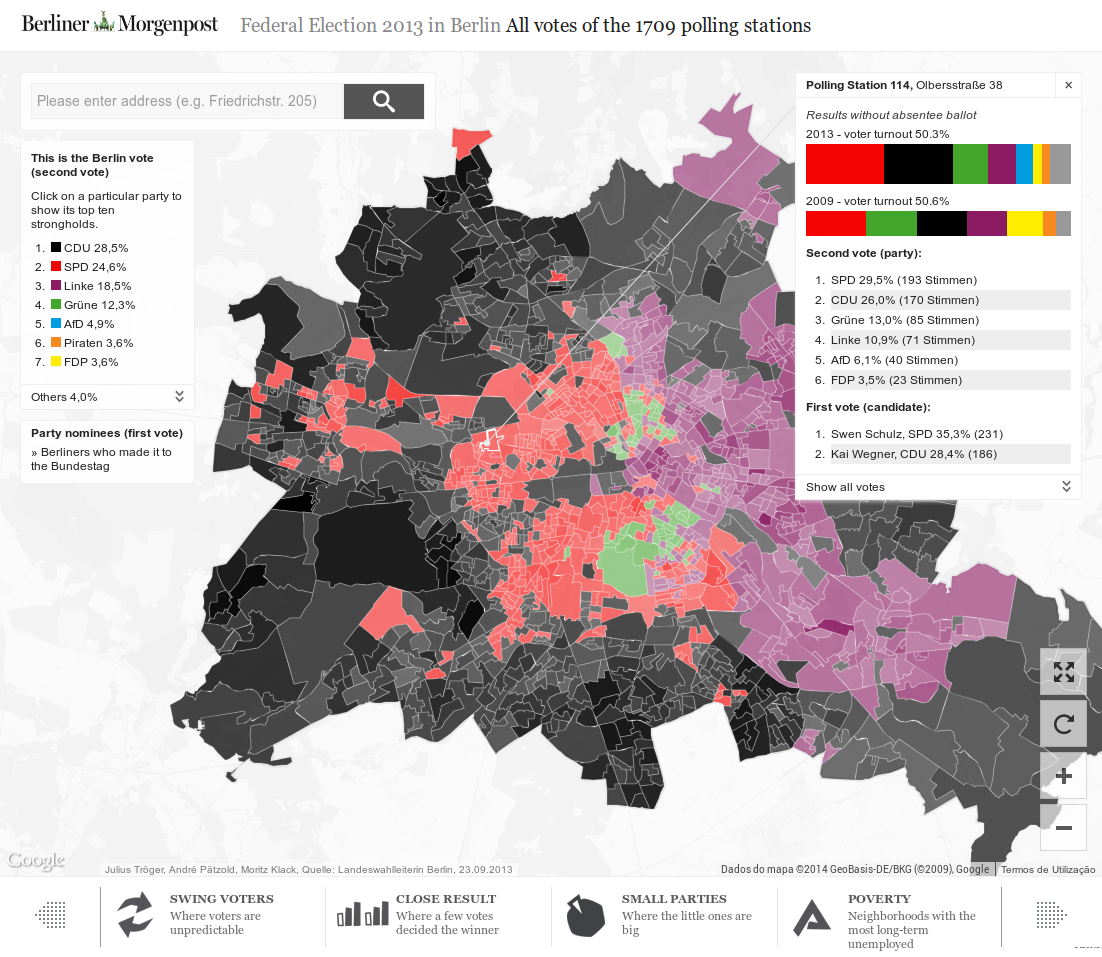