The Premier League Standings if Only Goals by English Players Counted

What if the foreign influence were to have suddenly disappeared from the football entirely, who would have won the the Premier League? That is a hypothetical question The New York Times tried to answer using an interactive league table which compares the real final 2013/14 standings to how it would look if only goals by English players counted. The results are certainly food for thought, with not only Liverpool topping the table instead of Manchester City, but the actual champions finishing all the way down in 18th – inside the relegation zone. 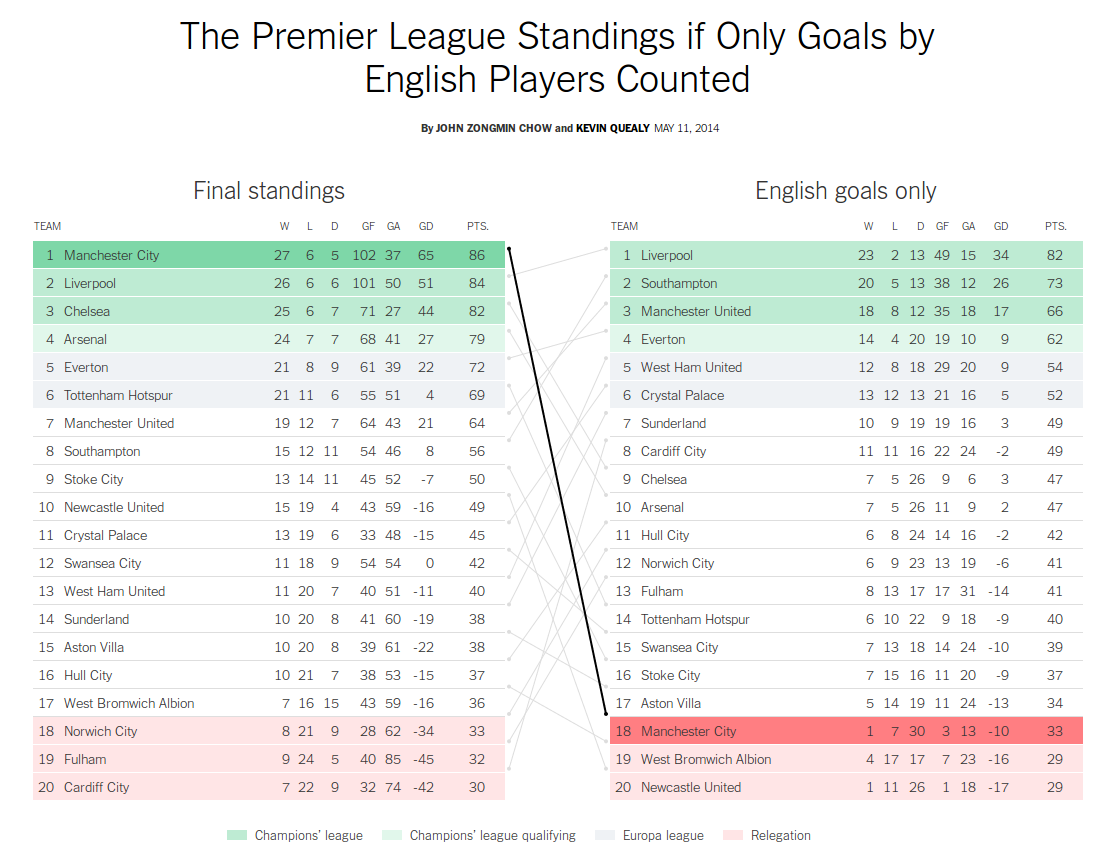