History of Rock in 100 Songs

Rock is one of the most popular music genre’s today but where did it begin? The following data visualization shows one facet of this complicated answer. In 2011 the Guardian released a list of 100 songs in their editorial judgment represent milestones in the evolution of rock and roll. From that list Silicon Valley Data Science have added deeper context to the song with information about the artists, and analyses of qualitative attributes like energy level, and happy vs. sad. The user is able to trace the influence of bands beginning at the origin, Sister Rosetta Tharpe , to modern day groups. 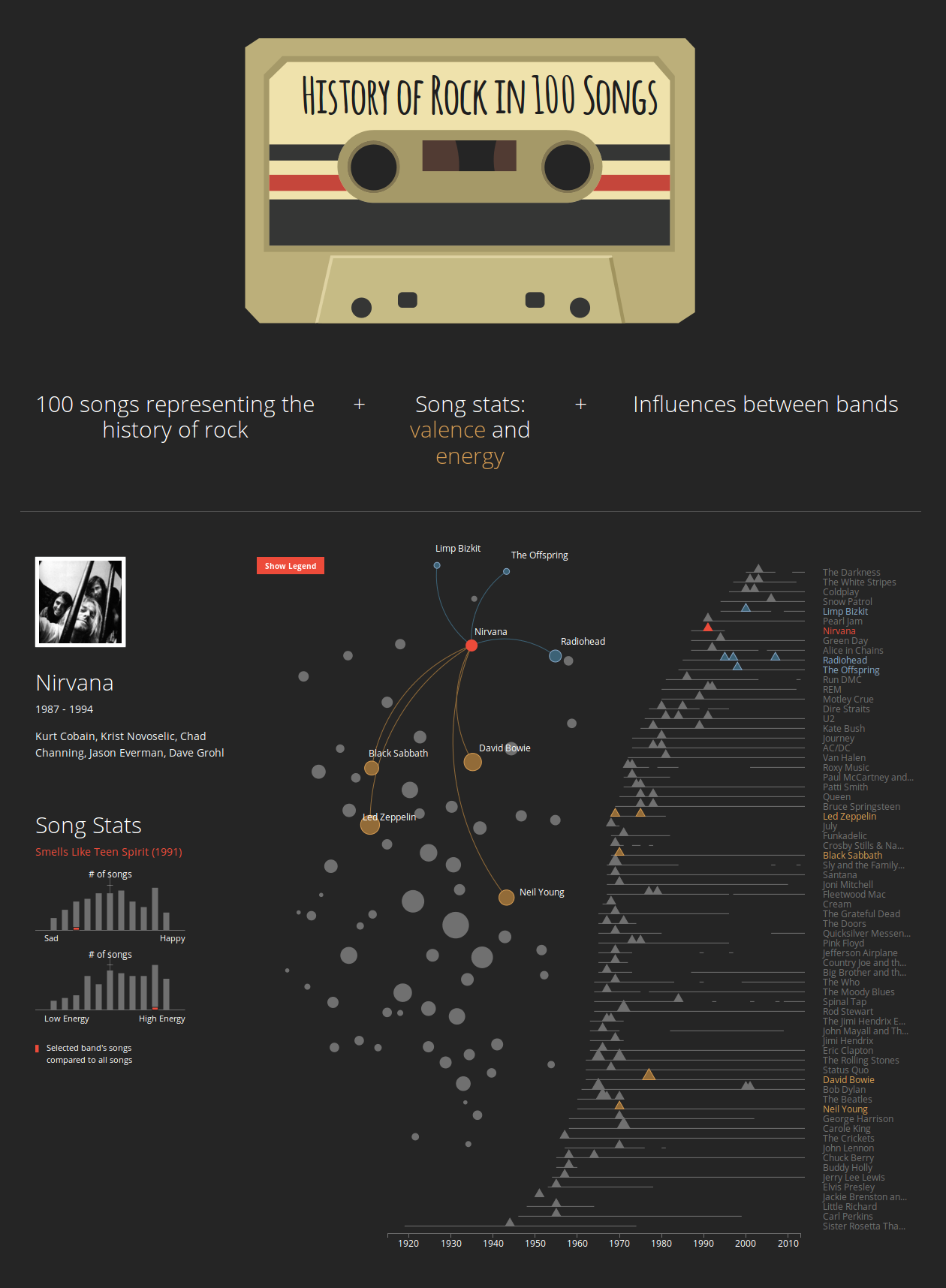